Jorge Ibarra, audio engineer and guitarist has been playing guitar since the age of 16. Jorge has has a deep passion for music and recording music. He received his degree in Science and Mathematics and also earned a degree in audio engineering and certification as a Pro Tools Operator from MediaTech Institute.

Jorge has worked with artist all over Houston, Dallas, and Los Angeles. He is currently working at Sunrise studios and Barron Studios in Houston, Texas. As a freelance audio engineer he puts his energy and passion into every project he works on whether it be in the studio or outside.

Motivated and inspired to be the best in his field, Jorge, is always working hard to perfect his skills in the music industry. 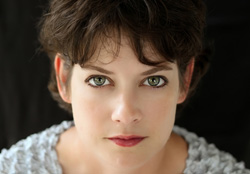 Heather Krumnow is an award-winning artist from Augusta, Kansas. She attended Wichita State University on a full scholarship to study graphic design. She has photographed scenic landscapes throughout the United States, mainly in the Pacific Northwest. Currently residing in Houston, Texas, Heather is an avid portrait photographer and web designer. 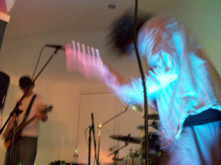 Justino Saladino, lead singer of the rock band Darwin’s Finches, is also a sketch and multimedia artist who works in the Houston area. He has had a long time passion for and skill for drawing cartoons, and has recently been working in watercolors as well as other mediums. Justino’s art has its own unique style, a combination of icon, cartoon, and sketch styles incorporating multimedia, and often humor.

Diana is an artist, graphic designer, and web designer. She presently lives in Copenhagen, Denmark attending the Copenhagen School of Design and Technology (KEA) studying E-Concept. Concurrently, she’s working on a Master’s in Informatics & Economics from Timisoara West University in Timisoara, Romania. Previously, she received her Bachelor’s in Informatics & Economics at Timisoara West University. She is involved with the Houston New Arts Movement through designing the site and associated logos and modifying photos. In the future, she plans to be more actively involved by coming here in person. Her presence brings an international flavor into an international city.

Welcome to our 2020-2021 season of digital concerts “Treasures: Buried and Beloved.”

We will be opening our season with stunning works from France in our concert “Invitation to Enchantment.” The concert features some of the most beautiful works from France, by some of its greatest composers, known and unknown.

Our third concert will be a journey through masterpieces from the Russian culture and spirit. Masterworks by Tchaikovsky, Borodin, Balakirev, and other underperformed works will be featured on this final program. The concert will conclude with Nikolai Medtner’s underperformed masterpiece, the Piano Quintet in C major.

Finally our season will conclude with a concert featuring premieres of works by Houston composers including Mark Buller, Victor Rangel, and Aaron Bielish to name a few. Founder and Pianist Adam Vincent Clay, who will also premiere an original piano work, has asked all composers, including himself to reflect on their ancestry, where they came from and how it forms them today. This theme will permeate the music and artwork of this concert.

As we continue to navigate the COVID-19 crisis, we are determined to bring you beautiful music and artwork of the highest quality to your home, and we hope you join us for virtual reception via comments in our live-feeds, and discussions in chats with our members. If there were ever a time in which the human heart hungers for connection, for beauty, and for transcendence, it is now. We encourage you to come to our virtual event, to feed your soul with beauty, and to be safe and well.